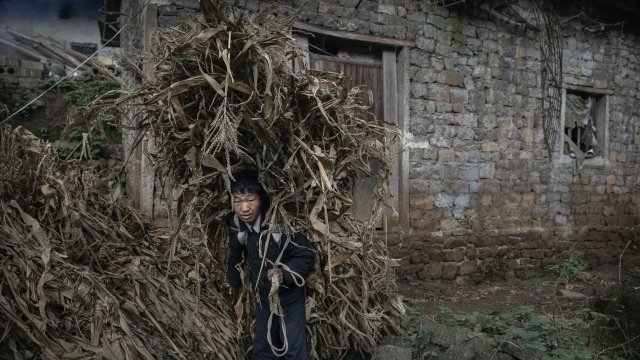 SMS
Can China End Rural Poverty By 2020?
By Ryan Biek
By Ryan Biek
November 1, 2017
The Chinese government puts its poverty line at around 95 cents a day. The New York Times notes 43 million people in China don't make that much.
SHOW TRANSCRIPT

Chinese President Xi Jinping has again pledged to end all rural poverty in his country by 2020.

If China divided its rural poor population into its own country, it'd be one of the largest in the world.

The Chinese government puts its poverty line at around 95 cents a day. The New York Times notes 43 million people don't make that much in China.

One percent of Chinese citizens own a third of the country's wealth — that's pretty close to the distribution in the U.S. But that inequality might be an even bigger problem politically for Xi, since economic equality is a basic principle of communism. 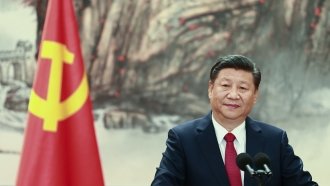 So how hard will it really be for him to deliver on his promise? It depends on who you ask.

The Center for Economic and Policy Research notes the Chinese government could just give those 43 million people 95 cents a day, and it wouldn't even cost 1 percent of the country's expected economic output.

While on paper that's an easy solution, in practice, it might be unrealistic. Many fear for the future growth of China's economy because of how much debt it's taken on.

Yet, ideas to help the rural poor make more money are also hard to carry out.

Forbes points out attempts to make farming more productive have hurt the environment and actually made farming conditions worse for the future.