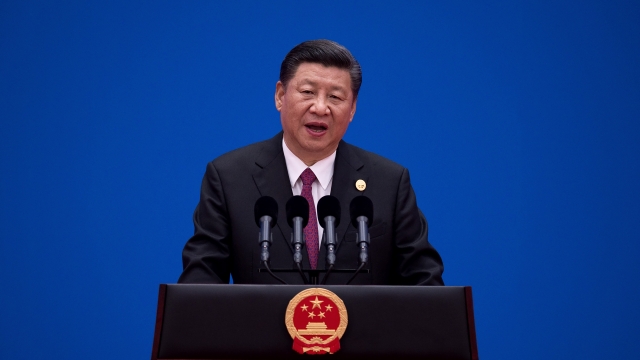 Chinese President Xi Jinping warned over the weekend that any attempt to break up China "will end in crushed bodies and shattered bones."

Xi made the threat during a state visit in Nepal. Although he didn't specifically call out any region, analysts largely believe the president was talking about Hong Kong.

Anti-government demonstrators in the semi-autonomous region have protested for more than four months. Protesters on Sunday vandalized government buildings, subway stations and businesses believed to be sympathetic to China. Hong Kong police also said an officer was stabbed in the neck by a protester. The officer is reportedly in stable condition.

Xi's threat is a notable one, since he has yet to comment directly on the unrest in Hong Kong.

Hong Kong leader Carrie Lam recently said China's central government wants the city to solve the protests on its own. But some in Hong Kong worry China could declare a state of emergency and send its troops to take control of the region. China currently has thousands of troops stationed in Hong Kong.