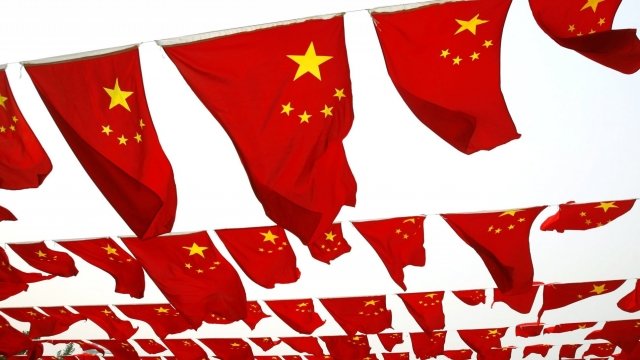 President Xi Jinping made the statement in a speech in Beijing on Wednesday marking the 40th anniversary of the start of improved relations between Taiwan and China.

Though Xi said his country would work hard for a peaceful unification, "we do not promise to renounce the use of force and reserve the option to use all necessary measures" in the process.

There's been a growing movement for independence in Taiwan, but Xi said that a use of force would be aimed at foreign parties trying to interfere in the unification and what he called a small group of Taiwan independence separatists and their activities, not the Taiwanese people.

Taiwan's president told reporters the island would never support the "one country, two systems" governance proposed by China — similar to the one under which Hong Kong operates. She also said that China has to be peaceful in order to fix issues between it and Taiwan, as well as respect the island's democratic values.