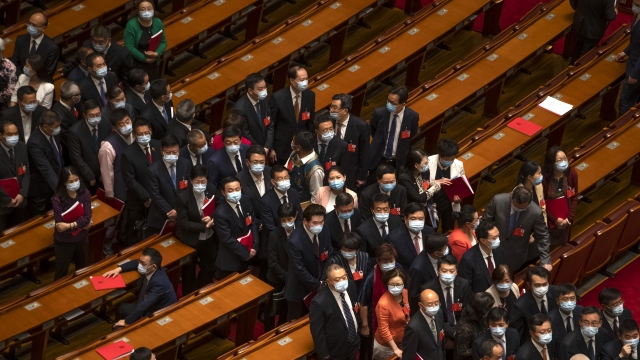 The proposed law has sparked another wave of anti-government demonstrations in Hong Kong, resulting in violent clashes between protesters and police.

The Chinese government proposed the legislation less than a week ago at the start of the annual National People's Congress. The law would strengthen "enforcement mechanisms" to prevent and stop all activity in Hong Kong aimed at overturning the Chinese government. It would also ban foreign interference and terrorist attacks in the semi-autonomous region.

Hong Kong leader Carrie Lam said she welcomed the NCP's approval Thursday. She and her colleagues have defended the law as necessary.

"Some people got the wrong idea that this will erode Hong Kong's freedom. ... 99.99% of the Hong Kong population will not be affected," Matthew Cheung, Hong Kong's chief secretary, told CNN.

But critics see the legislation as China undermining civil rights guaranteed to Hong Kong under the "one country, two systems" model.

News of the proposed law sparked another wave of anti-government demonstrations in Hong Kong, resulting in protesters and police violently clashing in the streets. Officers have arrested hundreds of protesters over multiple days.

The legislation also prompted the Trump administration to declare that it no longer considers Hong Kong to be autonomous from mainland China. That could spell trouble for Hong Kong's special trade status with the U.S.

Chinese lawmakers will now start drafting the text of the national security law. It will then be implemented following a formal proclamation by Lam.