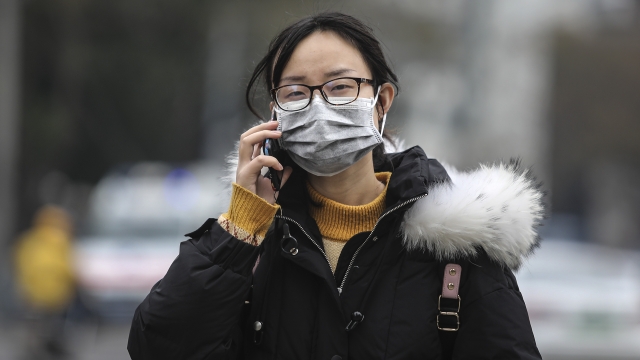 SMS
China's New Coronavirus Can Be Spread By Humans
By Katherine Biek
By Katherine Biek
January 21, 2020
Health officials previously thought the virus was only being passed from animals to humans.
SHOW TRANSCRIPT

Health officials in China have confirmed that a deadly new coronavirus can be spread through human-to-human transmission.

As of Tuesday, the illness has sickened more than 290 people in the country and killed at least six others.

The majority of cases are located in Wuhan, where the illness was initially detected in December. At the time officials thought the virus was being passed from animals to humans, since the first cases of it were all linked to a seafood market.

But possible human-to-human transmission means the illness could spread even faster. With the Lunar New Year holidays just around the corner, authorities have installed temperature checkpoints at Chinese airports and train stations. And multiple airports across Asia and the U.S. are also screening passengers.

Coronaviruses are part of a family of viruses that includes SARS, or severe acute respiratory syndrome. A SARS outbreak in 2002 killed almost 800 people before being contained in 2003. That outbreak also started in China.

The World Health Organization said it's going to consider declaring an international public health emergency over the current outbreak. It'll make a decision during a meeting on Wednesday. The WHO most recently issued this declaration in 2019 for the Ebola outbreak in the Democratic Republic of Congo.