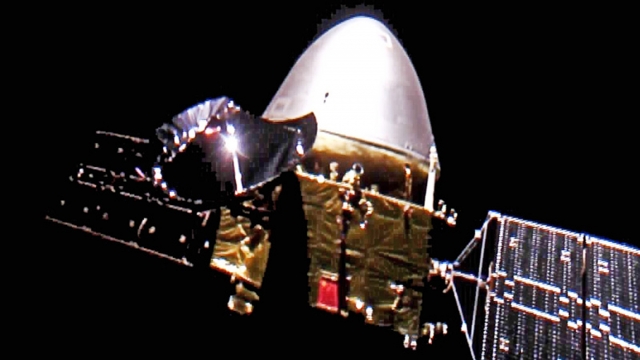 SMS
China's Mars Mission Begins As Spacecraft Enters Orbit
By Gage Jackson
By Gage Jackson
February 10, 2021
China plans to send a rover from the spacecraft in a few months and become just the second country to touch down on the Red Planet.
SHOW TRANSCRIPT

A spacecraft launched from China has now entered Mars' orbit in a mission to land on the planet and search for signs of ancient life.

This comes just a day after another spacecraft from the UAE also entered orbit around the Red Planet.

Several countries are attempting, or have plans, to touch down on the planet and become just the second country to do so.

The U.S. is the only country to successfully land on the planet — eight times so far.