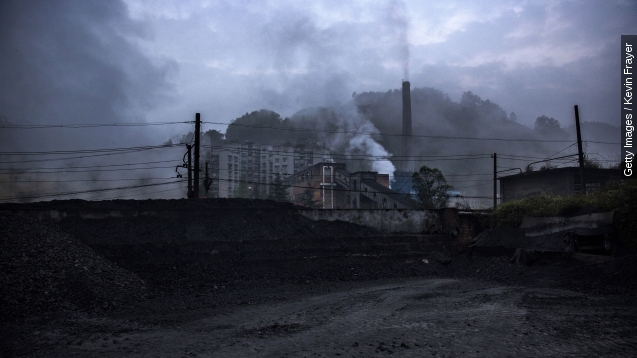 As the biggest greenhouse gas emitter in the world, China will play a big role in the upcoming Paris climate conference.

Which is why confusion over just how much it's emitting could be so problematic. (Video via BBC)

The New York Times broke the news that China's government has admitted to consuming 17 percent more coal than estimated: 4.2 billion metric tons in all for 2013.

That should translate to more emissions, but that's where it gets confusing.

As the Times points out, carbon emissions are measured directly, not calculated from consumption numbers. So it's kind of a mystery where the extra CO2 went. (Video via Vice)

With a major climate conference kicking off in Paris at the end of November, that's one of several questions researchers likely won't have time to answer before negotiations over the next big climate change agreement start. (Video via CCTV)

"We agreed to deepen practical cooperation on clean energy, environmental protection and other areas," Chinese President Xi Jinping said during a press conference.

China's emissions agreement with the U.S. was greeted as significant because it was the first such agreement China had made. Chinese officials touted the agreement as an example of cooperation between developing and developed countries, something past climate talks have failed to achieve. (Video via COP20 Lima)

But if its numbers are seen as unreliable, it'll be hard for other countries to be confident China is upholding its commitments to cut emissions.

And it'll make it that much more difficult to agree on those emissions goals in the first place.