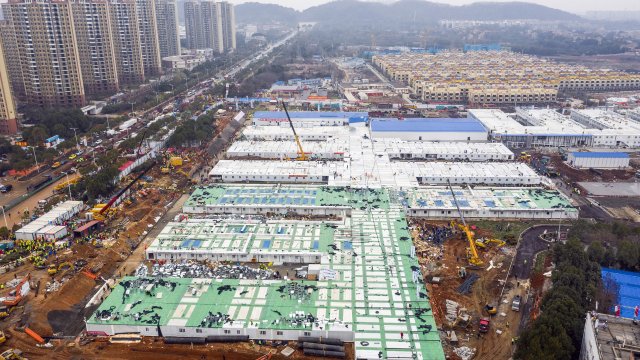 In China, streets are clear and shops are closed, as people take precautions against the growing number of coronavirus cases across the country. But some help has arrived.

A new hospital, built in just 10 days specifically to take in coronavirus patients, opened on Monday.

The 1,000-bed hospital in Wuhan has 1,400 medical staff members from the armed forces. The hospital brings some much-needed medical relief as the virus' death toll hit 361 and confirmed cases surpassed 17,000, according to the Chinese government.

The World Health Organization labeled the outbreak a public health emergency of international concern, prompting the United States to make a similar call.

"I have today declared that the coronavirus presents a public health emergency in the United States," Alex Azar, U.S. Secretary of Health and Human Services, said.

The U.S. started enforcing certain travel restrictions Sunday night. With some exceptions, foreign nationals will not be allowed to enter the U.S. if they've been to China within the past two weeks.

A spokesperson from China's foreign ministry said the restrictions are a "bad example" and "spreading fear," according to a Reuters report. The WHO's director general also called the restrictions "unnecessary."

China reports over 475 patients have been cured and discharged from hospitals, including 80 in the province where the new hospital stands.