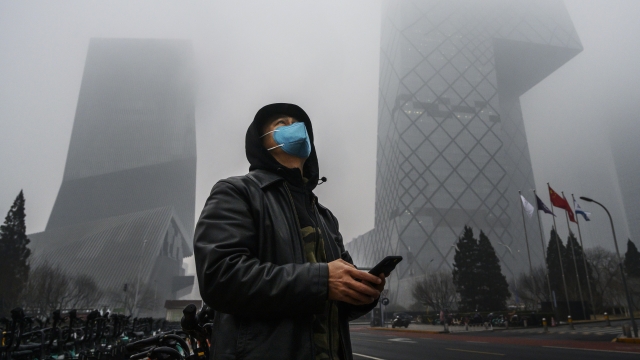 China has reported a big spike in the number of coronavirus cases as health officials frantically search for an effective treatment for the illness.

On Thursday, the National Health Commission confirmed just over 5,000 new cases of the virus — also known as COVID-19 — in mainland China. That brings the total number of infections to nearly 64,000.

The agency said the death toll climbed to 1,380 after 121 additional deaths were reported. Officials also revealed for the first time that more than 1,700 medical workers have been diagnosed with the virus.

The surge in reported cases comes after Chinese health officials broadened their methods for diagnosing the virus. As Newsy previously reported, officials have started using CT scans to diagnose patients more quickly. They had previously only been using test kits to confirm the virus.

Currently, patients are being prescribed a combination of anti-viral drugs and traditional Chinese medicine.

But a senior health official in Wuhan, which is at the center of the outbreak, is asking people who have recovered from the virus to consider donating their blood plasma. Researchers believe their antibodies could be used to kill the virus in other patients who are still battling the illness.