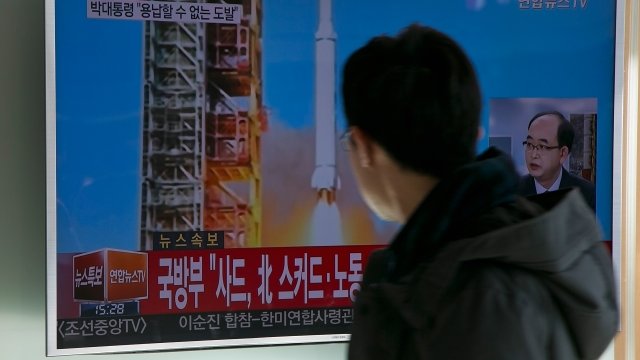 SMS
These 2 Countries Are Against Ending Fuel Shipments To North Korea
By Jake Jones
By Jake Jones
September 7, 2017
The U.S. reportedly wants to cut off oil and natural gas exports to North Korea, but China and Russia could veto that plan.
SHOW TRANSCRIPT

The U.S., China and Russia can't seem to agree on how to deal with North Korea's latest saber-rattling.

The Trump administration is reportedly planning to introduce a United Nations Security Council resolution that would cut off oil and natural gas exports to North Korea, among other things.

But here's the catch: Two of the five countries with veto power in the U.N. Security Council are major trade partners with North Korea.

Roughly 90 percent of North Korea's trade comes from China, as does almost all of its imported fuel. 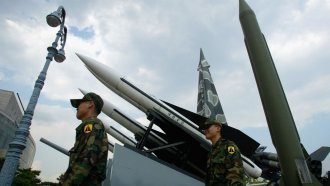 Cutting off that supply line could devastate the North's economy. And the fall of the Kim regime could lead to a wave of hungry refugees coming across the Korean-Chinese border.

The other country opposing the draft resolution is Russia, another source of oil for North Korea. In a meeting with South Korean President Moon Jae-in, Russian President Vladimir Putin said the additional pressure wouldn't do any good.

Instead, China and Russia have proposed a "freeze-for-freeze" agreement: North Korea's Kim Jong-un would end his country's nuclear and missile programs, and the U.S. and South Korea would end their yearly military drills.

That idea has been shot down by U.N. Ambassador Nikki Haley. North Korea has agreed to similar measures before, which proved to be short-lived agreements.