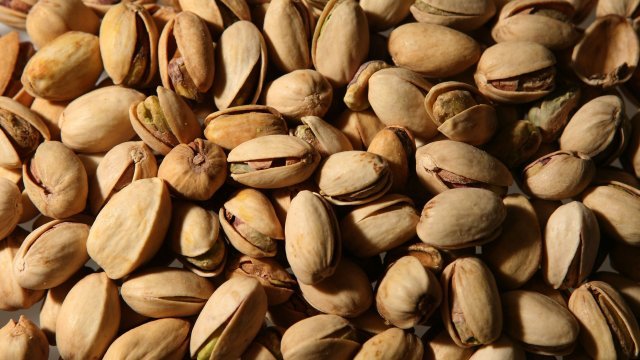 SMS
Fruits And Nuts Are Among US Products At Risk Of Chinese Tariffs
By Tyler Emery
By Tyler Emery
March 23, 2018
China revealed its list of 128 U.S. exports it might slap tariffs on, including wine, fruits and nuts.
SHOW TRANSCRIPT

The trade war between China and the U.S. is heating up now that China has revealed its list of U.S. exports it might slap with up to $3 billion worth of tariffs.

China's commerce ministry proposed the list, which contains 128 U.S. products. The products include wine, nuts, fresh fruit like cherries and apples, and dried fruit. Those products could see a 15 percent tariff.

Other American products like pork and recycled aluminum goods are at risk of a 25 percent tariff, according to the Chinese commerce ministry.

China's proposed tariffs come in retaliation to President Donald Trump, who announced the day before his plan to hit Chinese exports, such as steel and aluminum, with tariffs worth up to $60 billion. Trump said those tariffs were in response to China's "economic aggression."

The Chinese commerce ministry says it will impose its tariffs in two stages if the U.S. and China fail to come to an agreement on trade issues. However, the two countries say they are in talks.