China Retaliates Against The US With Even More Tariffs 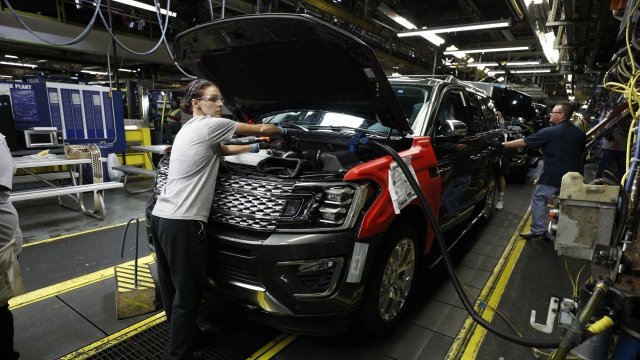 SMS
China Retaliates Against The US With Even More Tariffs
By Katherine Biek
By Katherine Biek
April 4, 2018
China announced new tariffs on dozens of U.S. products Wednesday, including soybeans, cars and airplanes.
SHOW TRANSCRIPT

The Chinese Ministry of Commerce said a 25 percent tariff will be placed on $50 billion worth of U.S. products, including cars, soybeans and airplanes. A start date for the new tariffs wasn't immediately announced.

China's announcement came less than one day after the Trump administration released a list of 1,300 Chinese products that could face U.S. tariffs. The majority of those products fell within the technology sector.

After that list came out, the Chinese embassy in the U.S. condemned the proposed tariffs and said, "As the Chinese saying goes, it is only polite to reciprocate."

China's retaliation will likely escalate fears of a trade war, though the country's deputy finance minister said in a press conference Wednesday that such a war would be a "lose-lose" situation for both the U.S. and China.