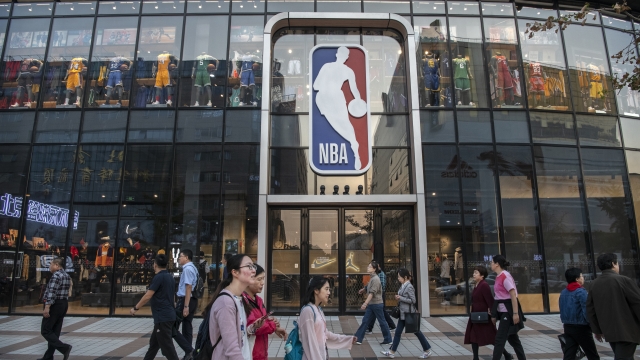 China has decided to resume online broadcasts of NBA preseason games following a flare-up with the league over a tweet last week.

Streaming of NBA games in China was suspended after the Rockets General Manager Daryl Morey shared a controversial tweet that supported the pro-democracy protests in Hong Kong.

The NBA was met with considerable backlash from Chinese leaders and fans, while several players and U.S. lawmakers also weighed in on the issue.

Lakers' all-star Lebron James said, "I believe he [Daryl Morey] wasn't educated on the situation at hand. So many people could have been harmed … Yes, we do have freedom of speech, but there can be a lot of negative because of that too."

While NBA Commissioner Adam Silver pledged last week to defend the freedom of expression of all players and personnel, the statement did little to satisfy the NBA's critics in Washington and China.

Alexandria Ocasio-Cortez and many other lawmakers sent a letter to Silver saying, "It is outrageous that the Chinese Communist Party is using its economic power to suppress the speech of Americans inside the United States."

The NBA's relationship with China goes back decades and It's a huge source of revenue for the league. In fact, more people watch the NBA finals in China than in the U.S.

Silver has shared plans to meet with Yao Ming, a chairman of the Chinese Basketball Association and retired NBA star, to discuss ways to repair the division created by Morey's tweet.

He said, "I'm hoping together that Yao Ming and I can find accommodation."