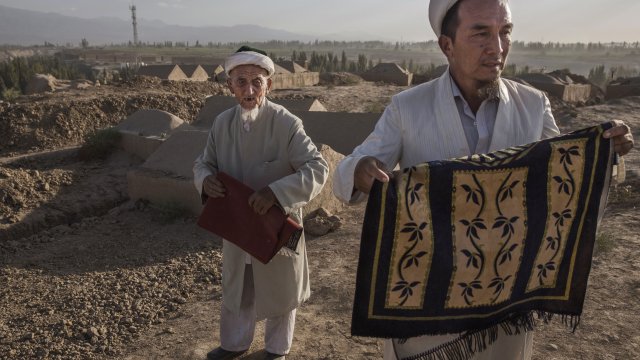 The New York Times reports Chinese officials have implemented a facial recognition program to monitor the group called the Uighurs. That's in addition to other surveillance techniques already in place.

Citing unnamed sources, the media outlet says the AI technology searches for Uighurs in various regions based on facial features, and keeps records of their whereabouts.

For some context, there are more than 10 million Uighurs living in China. China considers the group to be extremists, and has received mounting criticism from world leaders over its treatment of the people.

Last year, China admitted that one region set up so-called "re-education camps" for Uighurs. People who've been detained in the camps have compared them to prisons. A Chinese government spokesperson said at the time the camps are for people who committed "minor offenses when involved in terrorist or extremist activities."

The Trump administration was reportedly considering sanctions on China over its detainment of Uighurs in those camps, citing human rights violations. But so far, that hasn't happened.

The Times' report stirs up concern about the potential for bias in artificial intelligence. According to the outlet, this would be the first known example of a government using the technology for racial profiling reasons.