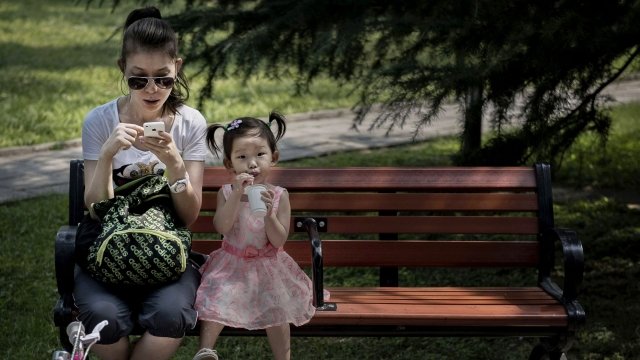 China might be moving away from enforcing strict limits on the number of children a couple can have.

CNN reports a new draft of China's Civil Code does away with "family planning" policies. That revised code is slated for adoption in 2020.

As of 2016, the Chinese government restricts families to two children at the most.

Before that, China enforced its infamous, and highly controversial one-child policy for more than three decades. It was originally implemented as an answer to China's mounting population growth.

But birth rates are falling, even though couples can now have two children. In 2017, 17.2 million kids were born in China — a decrease from almost 18 million the year before.

Some outlets speculated that Chinese lawmakers were considering revising the family planning policy after the government earlier this month revealed a new postage stamp for the upcoming Year of the Pig. It features two parents with three little piglets.