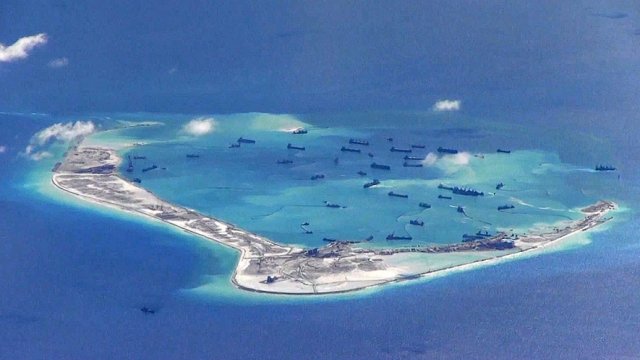 SMS
China Reportedly Installed Anti-Ship Weaponry In South China Sea
By Ethan Weston
By Ethan Weston
May 3, 2018
If the report is confirmed, it would be Beijing's latest effort to stake its claim in the islands.
SHOW TRANSCRIPT

A number of countries lay claim to the Spratly Islands in the South China Sea, but CNBC reports China has installed anti-ship weaponry there.

If the report is confirmed, it would be Beijing's latest effort to stake its claim in the islands.

In total, six countries lay claim to different islands in the South China Sea. Almost all of those claims are contested by at least one other country in that group. The South China Sea includes some of the world's busiest shipping routes.

China's foreign ministry didn't confirm the CNBC report but told Reuters that China has sovereignty over the islands and that any defenses installed on the Spratlys are for defensive purposes.

While the U.S. has no official position on claims to the South China Sea, it's worried about China militarizing the area.

In April, The Wall Street Journal reported that China had also installed military jamming equipment on two of its Spratly Island outposts.