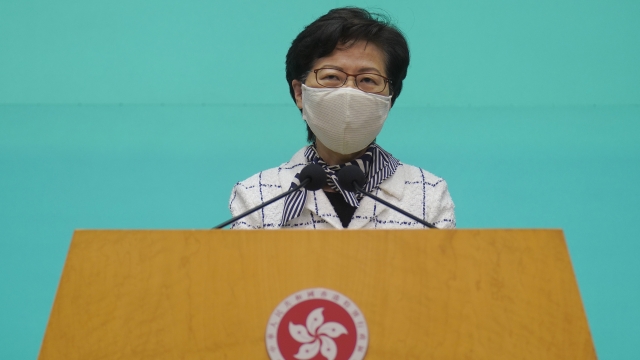 Many foreign governments have spoken out against the legislation, saying it interferes with Hong Kong's autonomy.

China's government released some details of a proposed national security law for Hong Kong on Saturday.

One major feature is that Beijing wants to establish a state bureau in Hong Kong with jurisdiction over some national security cases. Another detail of the legislation is that Hong Kong Leader Carrie Lam would appoint judges to hear security cases. She has been widely criticized as a puppet of Beijing in pro-democracy protests in Hong Kong.

The proposal says the law will protect human rights but it doesn't detail what that means.

Hong Kong operates under a different system than mainland China. In 1997, the city transferred from British to Chinese rule. It was guaranteed its own social, legal and political framework for 50 years.

Many foreign governments, including the U.S., have spoken out against the security legislation, saying it interferes with that guaranteed autonomy. News of the proposed law sparked another wave of anti-government demonstrations in Hong Kong, resulting in some violent clashes between police and protesters.

It isn't clear when the full draft will be released, but officials have indicated it'll be within the next few months.

Correction: A previous version of this story incorrectly reported the day China released details. The details were released by China on Saturday. This story has been updated.