China Reappoints Xi Jinping As President, Surprising Virtually No One 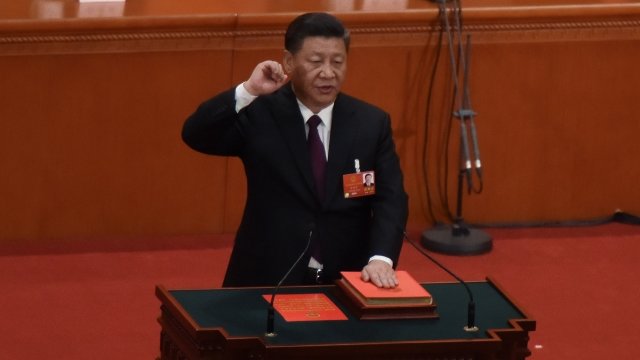 Surprising perhaps no one, China's legislature has unanimously voted to reappoint Xi Jinping as president.

This will be Xi's second five-year term. It would also normally be his last term, but last Sunday the National People's Congress removed a two-term limit on the presidency and vice presidency.

Speaking of vice presidents, Xi got a new one named Wang Qishan — the former head of China's anti-corruption agency.

The position is normally seen as ceremonial, but Xi is reshaping the politics of China, and some are speculating that Wang will have more power than his predecessors.