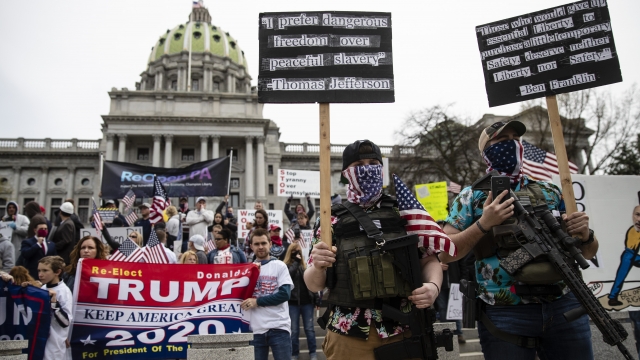 Six American officials are telling the New York Times that Chinese operatives are helping spread misinformation about COVID-19 inside the U.S. to sow political discord. According to the Times, disinformation researchers say China's approach is a notable departure from their usual tactics, and suggest China is now adopting parts of Russia's disinformation playbook.

Specifically, U.S. officials linked Chinese operatives to the spread of a several message chains claiming President Donald Trump would invoke the Stafford Act to put the U.S. under a national quarantine. Those messages proliferated on Facebook, and even prompted the National Security Council to debunk the rumors.

U.S. officials also said it's likely that China did not create these messages, but rather chose to amplify certain disinformation as public disputes about lockdown policies became more heated and partisan. These same experts also note this strategy aligns with China's new push to engage in Russia-centric disinformation tactics.

Social media companies have felt the effect of these posts, especially as more fringe conservative groups stage anti-lockdown protests. Facebook said it would selectively remove some of these event pages, but according to disinformation expert Paul Barrett, they may not be going far enough.

"In the political realm, I think they feel a lot of anxiety about taking down or otherwise diminishing this or that piece of content because they're afraid that whoever was the proponent of that content is going to get angry at them."