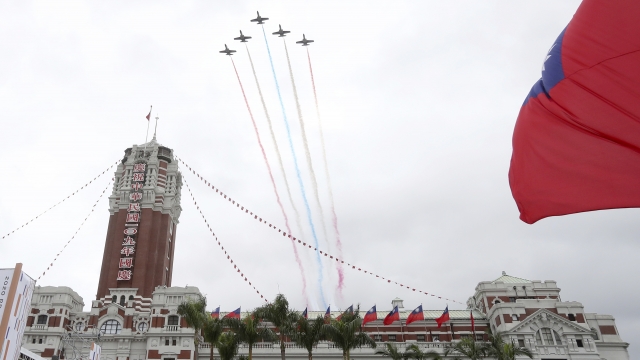 The U.S. is preparing to sell additional military equipment to Taiwan. And that is infuriating China, which considers this island country part of its national territory.

Reuters was the first to report that the White House is moving to sell sophisticated military equipment to Taiwan. The news agency reported that a deal is in the works to provide drones and to fortify a defensive missile system with long-range rockets that can hit targets 190 miles away.

The Trump administration has approved more than $13 billion in previous arms sales to Taiwan, providing fighter jets, tanks, anti-aircraft missiles and torpedoes. A state department spokesman declined comment on the latest reported deal. But earlier this month the U.S. said China was building up its Navy and warned it not to attack Taiwan.