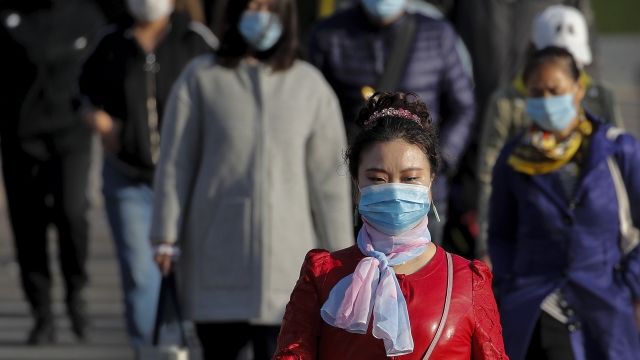 SMS
China Passes Biosecurity Law To Protect Virus Whistleblowers
By Antoinette Miller
By Antoinette Miller
October 18, 2020
The law was passed after China was embarrassed by reports it told a doctor to stop making "false statements" about the virus early in the outbreak.
SHOW TRANSCRIPT

China passed a biosecurity law Saturday that may help prevent the emergence of infectious diseases by encouraging and protecting whistleblowers.

The National People’s Congress Standing Committee voted to approve the Biosecurity Law after the Chinese government was criticized for its response to the coronavirus and accused of an early cover-up.

Under the new law, those concealing information, failing to create reports or preventing others from reporting infectious diseases could be punished.

The law will also establishes systems for risk prevention and control.

Chinese officials were ridiculed after it was discovered they had told a physician in Wuhan to stop making what they called "false statements" when he tried to warn fellow doctors of the coronavirus.

Dr. Li Wenliang later died, setting off a wave of anger across the country and bolstering critics both in China and abroad.

China began fast-tracking the biosecurity law in May as the coronavirus pandemic continued to spread across the globe.

China has made several efforts at containing and curbing the spread of the coronavirus, including mass testing.

The new law goes into effect in April.