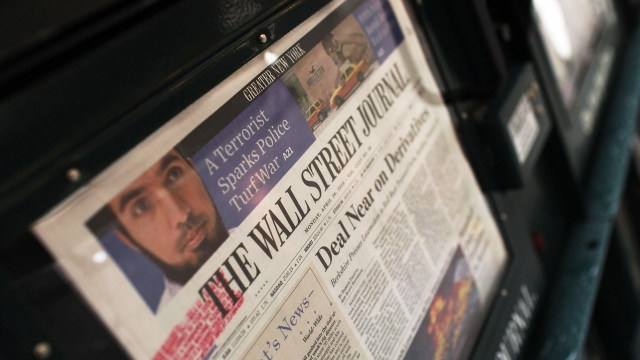 SMS
China Orders 3 Wall Street Journal Reporters To Leave The Country
By Bailey Vogt
By Bailey Vogt
February 19, 2020
China's Foreign Ministry says it's a punishment for an extremely critical op-ed about the country's handling of the coronavirus outbreak.
SHOW TRANSCRIPT

China has ordered three Wall Street Journal reporters to leave the country after the outlet published an extremely critical op-ed.

The Journal reported three Beijing-based employees were given five days to leave the country. China's Foreign Ministry said it was a consequence for a Feb. 3 opinion piece calling the country "the real sick man of Asia" for its handling of the coronavirus outbreak.

A Foreign Ministry spokesman said “The Chinese people do not welcome those media that speak racially discriminatory language and maliciously slander and attack China.”

The racist phrase "real sick man of Asia" goes back to the 19th century. White labor unions tried to block Chinese workers from coming to the U.S., falsely claiming they had strains of diseases - especially STDs - that were different and worse than white ones.

While a Chinese official accused the reporters of slandering the country, Wall Street Journal publisher William Lewis said the three people who are being expelled work in news, not opinion, and were not involved in the op-ed.

The move was also criticized by U.S. Secretary of State Mike Pompeo, who said a "mature" country wouldn't outright ban the reporters.

Pompeo said: "The correct response is to present counterarguments, not restrict speech. The United States hopes that the Chinese people will enjoy the same access to accurate information and freedom of speech that Americans enjoy."

Lewis has urged China to reconsider its decision.