China, N. Korea Hit Back After US Diplomatic Visit Is Canceled 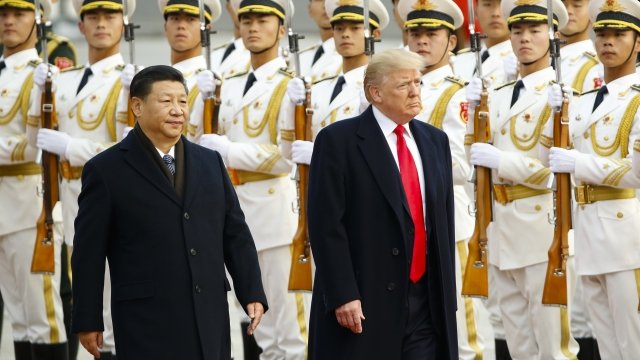 Beijing and Pyongyang have spoken out about the U.S.' decision to cancel a diplomatic visit to North Korea.

On Friday, President Donald Trump announced on Twitter he was canceling Secretary of State Mike Pompeo's visit because he felt the denuclearization process was moving too slowly. He also accused China of not helping enough.

The Chinese foreign minister responded, saying President Trump's announcement was "irresponsible" and made "in total disregard of basic facts."

The president has pretty regularly targeted China in the past. He has repeatedly accused the country of "unfair" business practices and imposed tariffs on billions of dollars in Chinese goods.

For its part, North Korea accused the U.S. on Sunday of planning a secret attack and moving special forces onto the peninsula, something U.S. officials denied.

The current diplomatic standoff is a far cry from June's historic summit between Trump and North Korean leader Kim Jong-un.