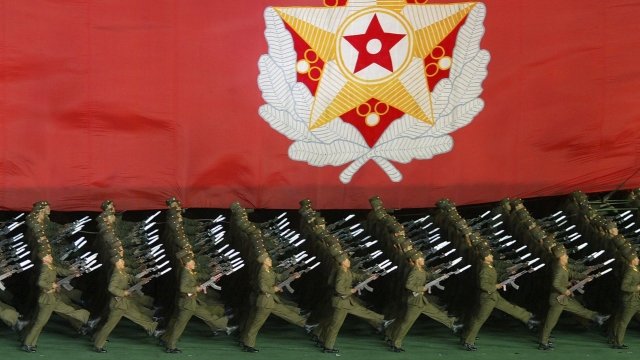 By Briana Koeneman
August 11, 2017
The op-ed article from China's state-owned newspaper also said China would step in if the U.S. attacks the North first.
SHOW TRANSCRIPT

It seems like China may not help North Korea if the North decides to attack the U.S. first.

An op-ed in state-owned newspaper the Global Times said Friday that China should make it clear it will "stay neutral" if the North launches missiles that threaten American soil, even if the U.S. retaliates.

The Global Times is published under the ruling Communist Party's official People's Daily newspaper. But, as The Washington Post notes, the paper isn't an "official mouthpiece" for the party.

But, the Global Times warned that if the U.S. strikes first and tries to overthrow the North Korean regime, China will step in to defend its neighbor.

China has repeatedly urged both countries to stay calm and avoid words or actions that could escalate the current conflict. But it seems that advice is falling on deaf ears. 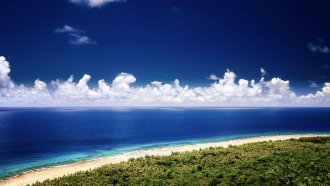 On Tuesday, Trump said any additional threats from North Korea would be met with "fire and fury." The North responded with a warning that it was considering an attack on the U.S. territory of Guam.

Then Trump stepped up his rhetoric again.

"Frankly, the people that were questioning that statement, was it too tough? Maybe it wasn't tough enough," Trump told reporters.

Secretary of Defense Jim Mattis told reporters Thursday the U.S. is focused on a diplomatic approach to the North Korean threat but that it's his job to have military options ready if they're needed.

On Thursday, Trump told reporters: "He does something in Guam, it will be an event the likes of which nobody has seen before, what will happen in North Korea."

And on Friday, Trump tweeted the U.S. military is indeed ready, describing it as "locked and loaded, should North Korea act unwisely."