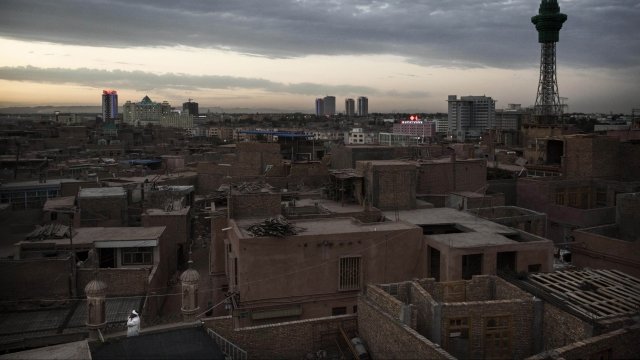 China's western region of Xinjiang may have just legalized so-called "re-education camps" for a religious minority in the area accused of being extremists.

Xinjiang's government changed a local law to allow what it calls "vocational education and training centers" in order to carry out an "educational transformation of those affected by extremism."

In August, the U.N. questioned China over crackdowns on Uighurs — an ethnic minority who are mostly Muslims. China says it was responding to extremist attacks and violence. Uighurs are native to Xinjiang.

The U.N. got what it called credible reports that Chinese authorities were putting Uighurs into internment and re-education camps for long periods of time without criminal charges. Abuse, torture and even death are reportedly commonplace.

The BBC reports people who live in the camps are forced to pledge their allegiance to President Xi Jinping and denounce their religion.

China has denied the U.N.'s claims, saying Uighurs, along with all residents of Xinjiang, "enjoy equal freedoms and rights."