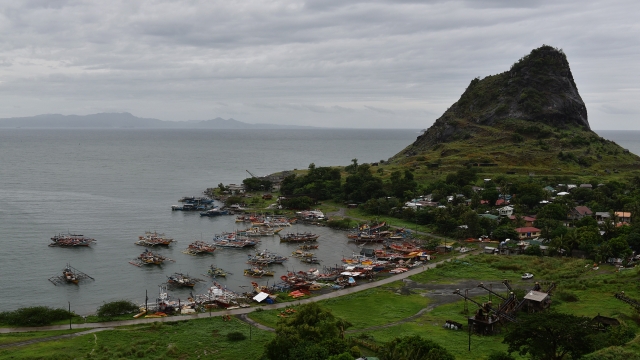 By Ryan Biek
July 12, 2016
For decades, China has claimed to own 90 percent of the South China Sea.
SHOW TRANSCRIPT

A United Nations court ruled Tuesday that China doesn't own 90 percent of the South China Sea, as it's been claiming for decades.

China has asserted a "nine-dash line" that has claimed large areas of the South China Sea since the end of World War II. Much of this zone is a lot closer to other Asian countries than to China.

The regime has said the Chinese people have over 2,000 years of activity in the area, giving the country historic rights.

The Philippines first brought China to a U.N. tribunal in 2013. And now, the court has ruled China has no historic rights at all. The country has no legal claim to vast amounts of the "nine-dash line," including all seven artificial islands China has built that are capable of military use.

The court also ruled against China's claims of an economic monopoly over large parts of the sea. In fact, it found China has been intruding on other countries' legitimate rights to control resources.

It's a lot for Beijing to lose. The South China Sea holds a massive amount of oil and gas reserves, as well as some of the world's most vital shipping lanes.

Although the U.N.'s decision is a landmark verdict, there are no means of forcing China to dial back its expansionism. China has already said it won't follow the ruling.

And the country's defense ministry said troops will defend what China considers its sovereignty.

What happens next is up to the international community. China has claimed the support of 60 nations, but few of those countries have confirmed it.

Negotiations between China and the Philippines may soon follow. Or China may try to go the opposite route and expand its military infrastructure.

China can largely count on Russia, Saudi Arabia and some other, smaller countries. The U.S., France, Great Britain, Japan and other nations are on the Philippines' side.

This video includes clips from the U.S. Department of State, U.S. Navy, CCTV, RT, Arirang and France 24, and images from the CIA via Al Jazeera and Getty Images.