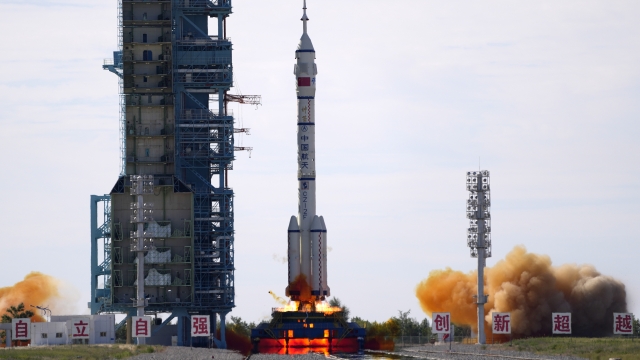 Three Chinese astronauts arrived Thursday at China's new space station at the start of a three-month mission, marking another milestone in the country’s ambitious space program.

Their Shenzhou-12 craft connected with the space station module about six hours after taking off from the Jiuquan launch center on the edge of the Gobi Desert.

"This represents the first time Chinese have entered their own space station," state broadcaster CCTV said on its nightly news broadcast.

The crew will carry out experiments, test equipment, conduct maintenance and prepare the station for receiving two laboratory modules next year. The mission brings to 14 the number of astronauts China has launched into space since 2003, becoming only the third country after the former Soviet Union and the United States to do so on its own.