China's Trying To Go To The Dark Side ... Of The Moon 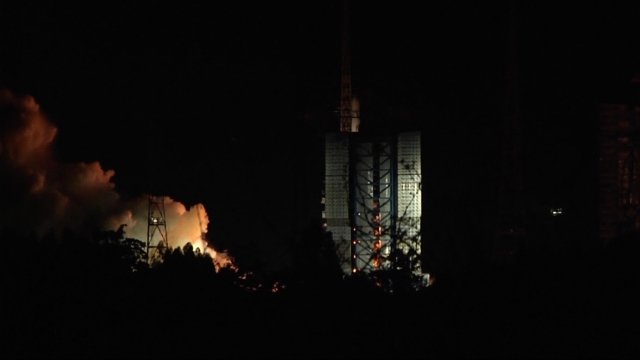 SMS
China's Trying To Go To The Dark Side ... Of The Moon

By Katie Cammarata
May 21, 2018
China has launched a relay satellite that's supposed to set up a communication link between Earth and the far side of the moon.
SHOW TRANSCRIPT

China could soon be the first country to explore the far side of the moon.

The country launched a relay satellite Monday morning. It's the first step in a two-part mission to set up a communication link between Earth and a lunar rover on the far side of the moon. The goal is to connect with the rover so China can explore the moon's largest and oldest impact basin.

Currently, there's no direct communication with that side of the moon, since there isn't a satellite there.

China plans to launch the second part of its mission — a lunar rover — later this year.