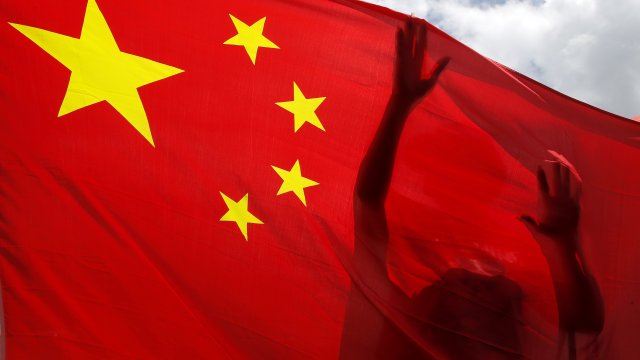 SMS
China Announces Punishments On U.S., Cites Sens. Rubio and Cruz
By Caitlin Baldwin
By Caitlin Baldwin
July 13, 2020
No specifics were announced by the sanctions triggered by the U.S. penalizing China over its treatment of Uighurs.
SHOW TRANSCRIPT

China has announced retaliatory sanctions on the U.S., including two senators who have been critical of the country.

Sens. Marco Rubio and Ted Cruz were targeted in the sanctions — along with others vocal critics of China's mass surveillance and detention of Uighurs and other Muslim groups in the western Xinjiang region.

The U.S. recently imposed travel bans and froze assets of some Chinese politicians, including a Communist Party secretary over the ethnic group's treatment.

Human rights organizations worldwide say China has detained 1 million people in what it calls "re-education camps." Multiple international news outlets have reported that people are put into labor camps, tortured and forced to renounce their faith. Some women reported to the Associated Press that the Chinese government forced sterilization on them or required abortions for having three or more children.

Chinese officials urged the White House to pull U.S. sanctions on China and stop interfering in its internal affairs and interests. China did not detail the specifics of the sanctions but warned it would respond further "based on how the situation develops."