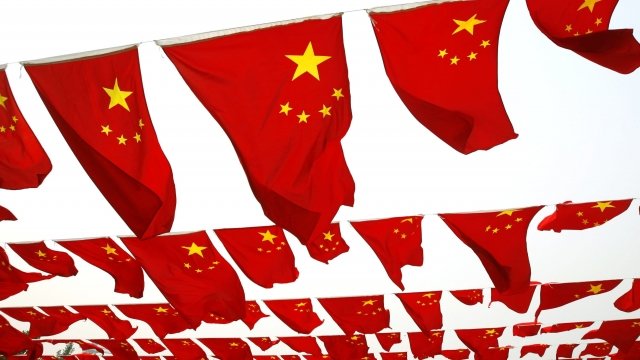 The U.S. has opened a new de facto embassy in Taiwan. And China isn't too happy about it.

According to CNN, a spokesperson for the Chinese foreign ministry said: "The United States sending officials to Taiwan under any excuses is in serious violation of the 'one China' principle. ... We urge the U.S. to abide by its pledge to China and correct its mistake."

The "one China" principle refers to the Chinese government's view that there's one China and Taiwan is a part of it. In the 1970s, the U.S. State Department acknowledged this view and agreed not to meddle in the dispute. The U.S. also agreed to shift its official diplomatic focus to Beijing over Taipei.

But unofficial ties between the U.S. and Taiwan have gotten stronger under the Trump administration, which hasn't gone over well with Beijing.

And U.S.-China relations have been rocky recently, thanks to trade disputes between the two countries.