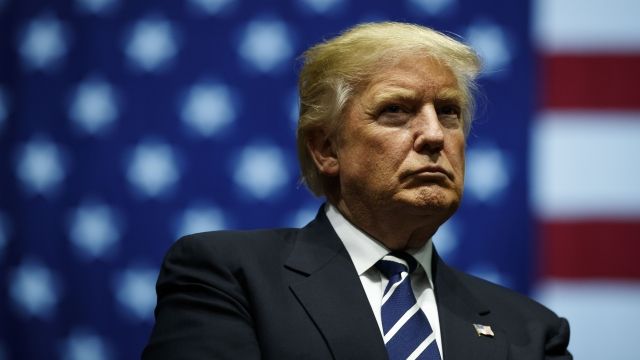 SMS
Beijing Is Concerned About Trump's One-China Comments
By Lindsey Pulse
By Lindsey Pulse
December 12, 2016
Donald Trump appeared on "Fox News Sunday" and said he doesn't know why "we have to be bound" by a one-China policy.
SHOW TRANSCRIPT

Beijing is "seriously concerned" about Donald Trump's recent statements on the one-China policy.

"So, I don't want China dictating to me," Trump said on "Fox News Sunday."

Speaking on "Fox News Sunday," the president-elect said he doesn't understand "why the [U.S.] has to be bound by a one-China policy."

But the U.S. isn't necessarily "bound" by that policy, which says Taiwan is part of China. It's more like the U.S. has agreed not to meddle.

In the 1970s, the U.S. State Department acknowledged China's stance on Taiwan but didn't take a position on the issue itself.

China's concern started in early December when Trump answered a call from the Taiwanese president, who congratulated him on his victory.

That made things pretty tense, since China doesn't recognize Taiwan as an independent nation.

China lodged a formal complaint with the U.S. only one day after the conversation.

Correction: A previous version of this story didn't make it clear that the U.S. hasn't endorsed the one-China policy. The story has been updated.