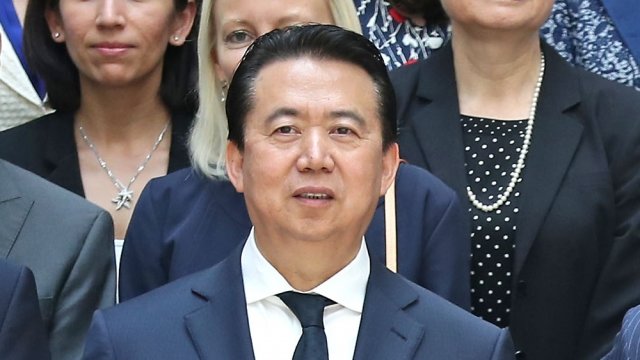 Chinese authorities acknowledged Monday that they've detained the former head of Interpol and are investigating him for bribery and other crimes.

Meng Hongwei was first reported missing by his wife on Thursday. He reportedly hadn't been heard from after traveling from France to China in late September.

Meng's wife told reporters the last message she got from her husband before he went missing was a knife emoji. She said she thinks it was Meng's way of saying he was in danger.

The South China Morning Post reported Friday that Chinese authorities took Meng away soon after he arrived in China.

Interpol announced Sunday it had received Meng's resignation, which was effective immediately.

Meng also served as China's vice minister for public security while leading Interpol, which he was elected president of in 2016. Interpol plans to appoint a new president in November.