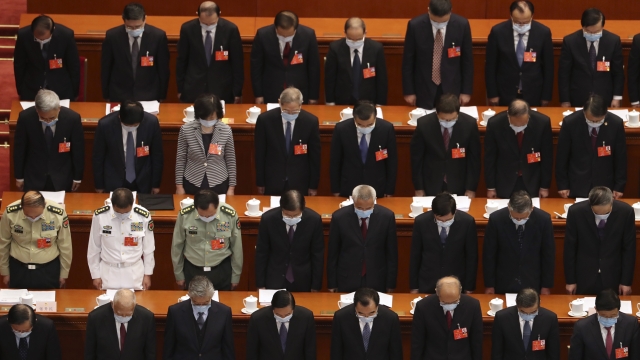 But pro-democracy advocates disagree, condemning China's move to strengthen control over the semi-autonomous region as "the end of Hong Kong."

China introduced a draft proposal for the legislation Friday at the annual National People's Congress. The legislation would strengthen "enforcement mechanisms" to prevent and stop all activity in Hong Kong aimed at overturning the Chinese government. It would also ban foreign interference and terrorist attacks in the region.

The NCP — which is often described as China's rubber-stamp parliament — is expected to vote on and approve the proposal by the end of its session in late May.

This latest move by China comes after millions filled the streets in Hong Kong last year to protest a controversial extradition bill which was eventually scrapped.  But after that, demonstrators pushed for other demands including, universal suffrage, an independent inquiry into police conduct, amnesty for protesters who had been arrested and an end to characterizing demonstrations as "riots."

President Donald Trump warned that the U.S. will react "very strongly" if China attempts to undermine civil rights guaranteed to Hong Kong under the "one country, two systems" model.