China Has Big Plans For Space Exploration, And The US Is Nervous 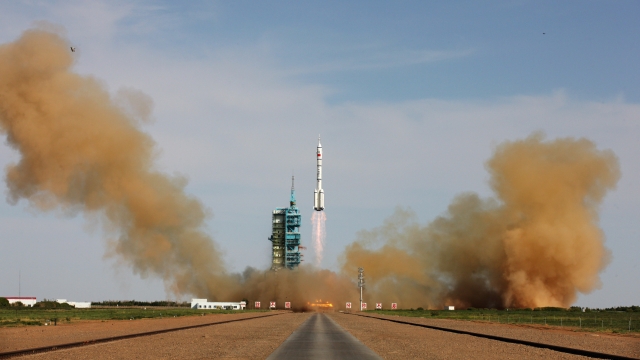 SMS
China Has Big Plans For Space Exploration, And The US Is Nervous
By Ethan Weston
By Ethan Weston
October 16, 2016
One of its goals? Settle on the moon.
SHOW TRANSCRIPT

On Monday, two astronauts will be launched on China's longest space mission.

Thirty-three days probably doesn't seem like much — one Russian cosmonaut spent 438 days up there — but it's actually part of some major plans that China has for its space program.

SEE MORE: Why The US And Russia Can Share A Space Station — But China Can't

First on the list: China wants to boldly go where no probe has gone before — the dark side of the moon.

It's true that we've seen the dark side before in pictures, and we've orbited around to that side, but no country has ever sent a probe there.

The dark side of the moon is the side that faces away from Earth. We never see it because the moon is tidally locked to our planet.

But exploration is just the first step. China's lunar missions designer told the BBC the long-term goal is to eventually settle on the moon.

China's other plans include an orbiting telescope that can cover 300 times more area in space than the U.S.' Hubble Space Telescope, a planned mission to Mars and an ever-growing array of navigational satellites to rival the U.S.' GPS system.

And the country's growing space ambitions has the U.S. worried. So worried that in 2011 Congress passed a law banning NASA from cooperating with China due to security concerns.

The U.S.-China Economic and Security Review Commission warns there's too much overlap in China between civilian and military applications of space technology.

And while China is part of the U.N. Outer Space Treaty of 1967 — a treaty that forbids weapons of mass destruction in space — the commission warns China could use satellite systems to assist in war and surveillance.

Dean Cheng of The Heritage Foundation told The Planetary Society he thinks the real reason the U.S. is so worried about China's space program lies in the fact that only America has ever landed people on the moon.