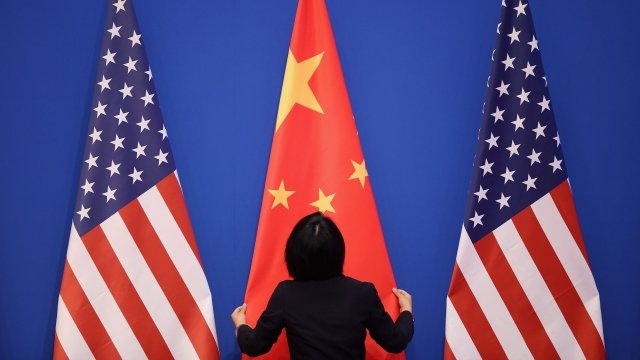 SMS
China Files WTO Complaint Over Latest US Tariffs
By Jake Jones
By Jake Jones
August 23, 2018
The announcement came after the U.S. imposed tariffs on another $16 billion in Chinese goods.
SHOW TRANSCRIPT

China's Commerce Ministry announced the country has filed a complaint with the World Trade Organization over the latest round of U.S. tariffs.

The two countries imposed another round of taxes on each other's goods on Thursday ahead of China's announcement, bringing the total to $50 billion worth of import duties from either side. The Trump administration, which initiated the trade dispute, accuses China of unfair trade practices. China has retaliated dollar-for-dollar.