China Expands Its Drug Law To Limit All Types Of Fentanyl 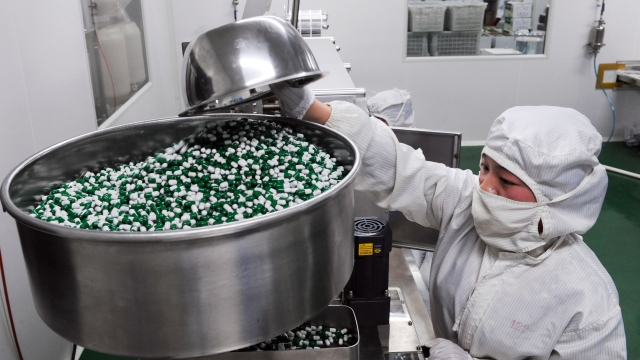 Chinese state officials announced Monday the country will expand its narcotics list to regulate all types of fentanyl.

China is following through on its promise to strengthen control of fentanyl.

On Monday, the Chinese government announced it's adding all fentanyl-related substances to its controlled drug list. The new regulation goes into effect May 1.

Fentanyl was already a controlled substance in China, but the country's law listed specific variations of the drug. Since fentanyl is easy to adapt, manufacturers could tweak the chemical compound to keep producing a fentanyl-related drug and legally get around the government regulations. Now China is closing that loophole.

The move is seen as a win for President Donald Trump, who has publicly criticized China and blamed the country for its role in the growing opioid epidemic in America.

But the new fentanyl regulations won't do much if China can't enforce the law. The country has an estimated 160,000 chemical companies, and experts outside China have previously said the government wasn't keeping up with the drug laws it already had on the books.

During the announcement, officials said China is strengthening its supervision of fentanyl producers, but they didn't provide any details.