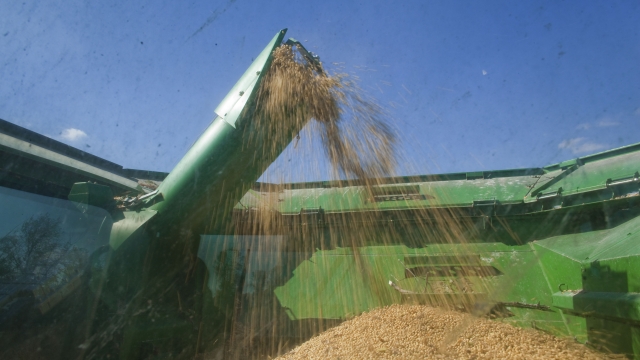 Soybean farmers in the U.S. are catching a break in the latest round of Chinese tariffs.

China's government will exempt some agricultural products, including soybeans and pork, from additional punitive tariffs. Chinese state media first reported the news Friday, saying the decision came after the U.S. made "adjustments to the additional tariffs to be imposed on Chinese goods on Oct. 1."

It's a big step to ease tensions amid an escalating trade war between the U.S. and China.

Soybeans are one of the U.S.'s biggest cash crops. The United States Department of Agriculture says soybeans made up almost half of major U.S. crop acres last year and almost 30 percent of U.S. crop value.

And the tariff exemption comes as a privately run Chinese firm purchased more than 600,000 tons of soybeans, one of the largest shipments of that crop from the U.S. to China in over a year.