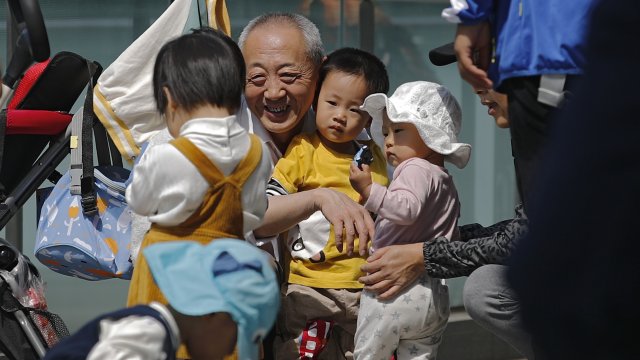 Couples in China can now have three children, instead of being limited to two, after the ruling Communist Party eased birth limits Monday.

The ruling party said it's hoping to slow the rapid aging of it's population, which is adding to the strains on China's economy and society.

Birth limits have been enforced in the country since 1980 to restrain population growth.

However, the ruling party worries that the number of working-age people is falling too fast while the number of those over 65 years old is rising, and threatens to disrupt its ambitions to transform China into a prosperous consumer society and global technology leader.