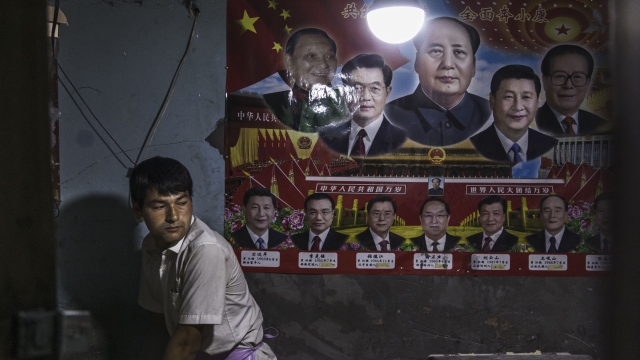 On Monday, the Chinese government defended its mass detention of Muslims living in the western region of Xinjiang. In a report published Sunday, The New York Times released 403 pages of leaked government documents detailing how Beijing has coerced and detained Uighurs and other Turkic Muslims over the past three years.

The groundwork for the crackdown was reportedly laid by Chinese President Xi Jinping after he visited Xinjiang in April 2014. According to the Times, Xi spoke to officials privately and called for a "struggle against terrorism, infiltration and separatism" using the "organs of dictatorship." His statement followed an attack by Uighur fighters at a train station that killed 31 people. The government's efforts, Xi reportedly said, were to show "absolutely no mercy."

Since 2017, the United Nations says Chinese authorities have interned at least 1 million Uighurs, Kazakhs and other Muslims in so-called "education centers." The Times reports the centers' goal is to turn inmates into "secular and loyal supporters" of the ruling Communist Party.

The leaked documents also include directives and reports on surveillance and control of the Uighur population in Xinjiang, as well references to plans that would extend restrictions on Islam elsewhere in China.

China's crackdown on Uighurs and other largely Muslim minority groups has been criticized by human rights activists and by other countries. Earlier this month, U.S. Secretary of State Mike Pompeo called on Beijing to "cease all harassment of Uighurs living outside of China, to release all those arbitrarily detained, and to allow families to communicate freely without repercussions."

Chinese officials were quick to denounce the Times report, but they did not specifically dispute that the documents were authentic. Geng Shuang, a Chinese foreign ministry spokesperson, said the Times undermined China's operations in Xinjiang and that "the people of all ethnic groups are sincerely supporting the government's measures."

He said: "Affairs in Xinjiang are pure China's internal affairs. The New York Times has not only turned a blind eye and a deaf ear to the facts there, but slandered and defamed China's efforts to combat terrorism and extremism in Xinjiang by making comments out of context and substituting one thing for another."