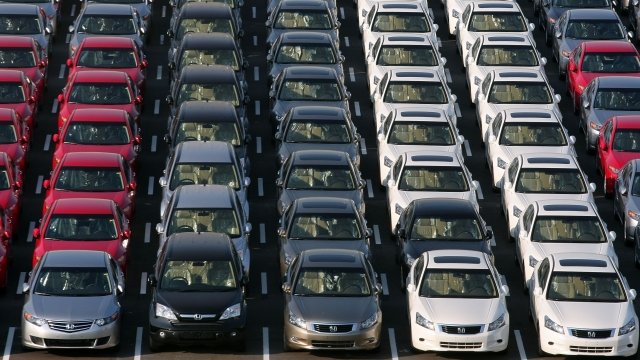 SMS
China Is Significantly Reducing Imported Car Tariffs
By Briana Koeneman
By Briana Koeneman
May 22, 2018
On Tuesday, China's finance ministry announced the decision to cut import duties on most vehicles from 25 percent down to 15 percent.
SHOW TRANSCRIPT

The country's finance ministry announced the decision Tuesday. The reduction will cut import duties on most vehicles from 25 percent to 15 percent.

And tariffs on some automotive parts will go down to 6 percent.

The move comes a couple of days after tensions over a potential trade war between China and the U.S. seemingly let up.