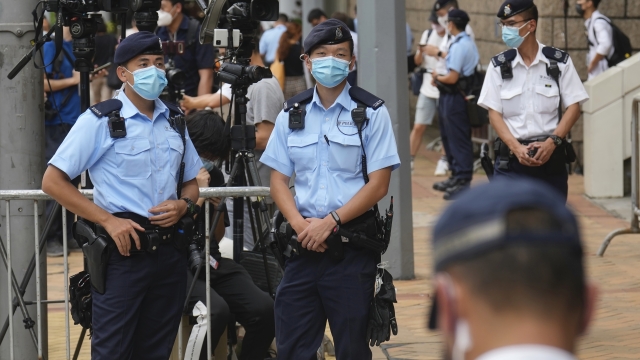 The U.S. will offer temporary refuge for people from Hong Kong who are already living here, and China isn't too happy about that.

The Biden administration made the offer in response to Beijing's recent moves to tighten control over Hong Kong.

"Our announcement today is in response to the PRC (People's Republic of China) and Hong Kong authorities repeated actions to undermine rights and freedoms guaranteed by the basic law in the Sino Joint Declaration, which is a binding international agreement," said U.S. State Department spokesperson Ned Price. "We strongly urge Beijing and Hong Kong authorities to cease their continued attacks on Hong Kong for exercising protected rights and freedoms."

The move allows people from Hong Kong living in the U.S. to live and work here for 18 months.