China Could Use Troops Against Hong Kong Protests 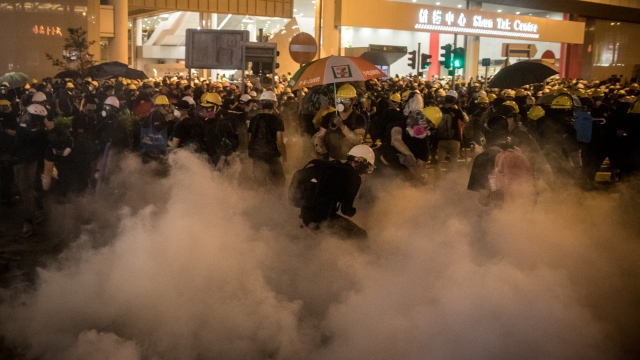 The Chinese government hinted that it can technically use military force against the ongoing protests in Hong Kong.

At a news conference Wednesday, a Chinese Defense Ministry spokesman called the pro-democracy protests on Sunday "intolerable." He also mentioned Article 14 of Hong Kong law, which says the local government can request assistance from Chinese's military in "the maintenance of public order." This includes protests. But according to the L.A. Times, local government has denied that the nation's military would get involved.

Protests have been going on for months now over an extradition bill. The bill, proposed by Chief Executive Carrie Lam, would allow extradition from Hong Kong to mainland China. Protesters fear that if the bill passes it would put the territory more deeply under China's control.

Lam said the controversial bill was "dead", but protesters want the bill completely withdrawn. They also have called on her to resign.