China Poised To Classify Dogs As Companion Animals, Not Livestock 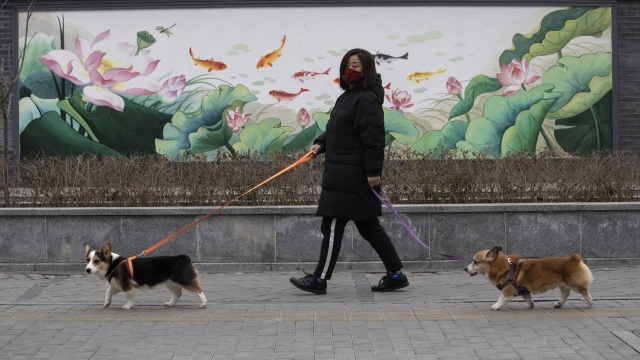 Soon, dogs may no longer be considered livestock in China, according to new draft guidelines issued in light of the coronavirus pandemic.

China announced a proposed list of animals that can legally be farmed for meat. The list includes pigs, cows, chickens and sheep. Some animals that scientists think may have spread the virus to humans, like pangolins, bats and civets, are not on the list — and neither are dogs.

For the first time, the Chinese Ministry of Agriculture said Wednesday: "Dogs have been 'specialized' to become companion animals, and internationally are not considered to be livestock, and they will not be regulated as livestock in China."

If the list is finalized and enforced, that would mark a major victory for animal rights activists. Humane Society International said it could be a "game-changer moment" for animal protection in China.

According to the organization, 10 million dogs in China are killed every year for meat, though more than 91 million dogs and cats are kept as pets.