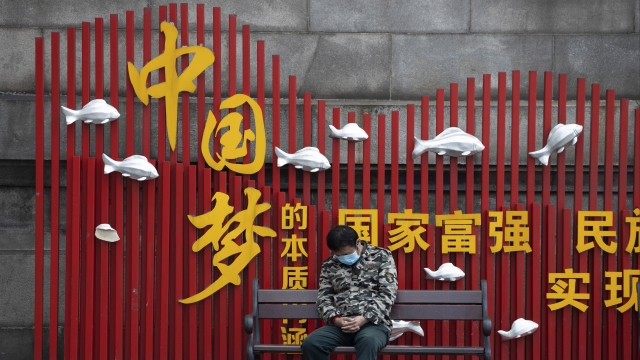 SMS
China Under-Reporting Coronavirus Cases, U.S. Intelligence Says
By Bailey Vogt
By Bailey Vogt
April 1, 2020
A report given to the White House last week found the Chinese government is deliberately concealing the amount of deaths due to COVID-19.
SHOW TRANSCRIPT

China is under-reporting both its total coronavirus cases and its deaths, according to U.S. intelligence.

Three officials told Bloomberg news that a report given to the White House last week found the Chinese government is deliberately concealing the number of deaths from COVID-19. The officials wouldn't get into specifics about the classified report's contents but two told Bloomberg that China's numbers are "fake."

Many experts and some U.S. lawmakers have questioned China's official numbers. They note China's efforts to downplay the severity of the illness in the beginning and distrust its government.

According to Johns Hopkins University, the government has reported roughly 82,000 cases with 3,300 deaths despite the outbreak beginning in China's Hubei province late last year. Comparatively, the U.S. is reporting 200,000 cases and 4,500 deaths.

“The claim that the United States has more coronavirus deaths than China is false,” said Nebraska Republican Sen. Ben Sasse. “The Chinese Communist Party has lied, is lying, and will continue to lie about coronavirus to protect the regime.”

Vice President Mike Pence said China has not been honestly open about the virus problem there. He told CNN, “The reality is that we could have been better off if China had been more forthcoming.”