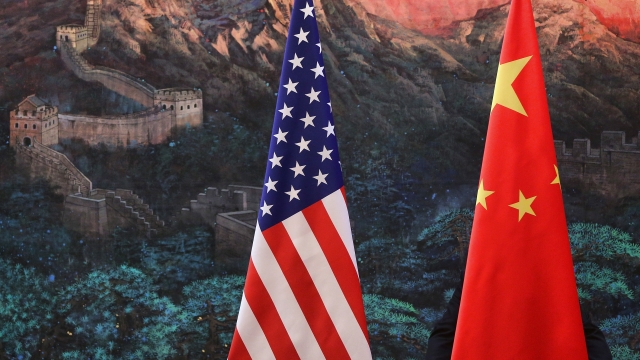 China is speaking out about the current trade conflict with the U.S., appearing to hint at what moves it could make next.

On Thursday, a foreign ministry spokesperson accused the Trump administration of "economic terrorism," saying U.S. trade policy practices brought "serious harm on other countries as well as the U.S. itself."

Chinese officials and media outlets have also signaled that China could potentially cut back on exports of rare earth minerals. U.S. companies use them to develop technology for items like cellphones and electric cars.

It's all part of the ongoing trade war between the U.S. and China. The two countries have been implementing tariffs on one another as they try to negotiate a new trade deal. They haven't been able to reach an agreement, and talks have since stalled.

President Donald Trump weighed in on the the trade relationship with China on Thursday morning.

"The tariffs are having a devastating effect on China. People are fleeing the country with their companies. These companies are leaving for Vietnam, other parts of Asia and they're even coming to the United States because then there's no tariff. I think we're doing very well with China. We'll see what happens," he said.

It's not clear what companies the president was referencing. Recent economic analysis indicate that tariffs could be driving additional investment into Vietnam, something China denies.

President Trump is set to meet with Chinese President Xi Jinping at the G-20 summit next month. It's not clear when, or if, trade talks will continue.