China Calls Lawsuit Brought Against It By Missouri 'Very Absurd' 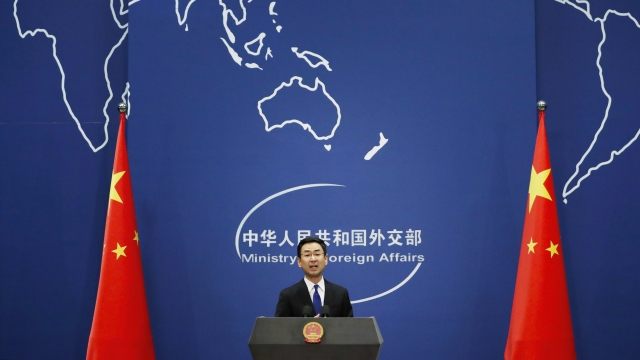 China has responded to a lawsuit brought against it by Missouri, calling it "very absurd."

Missouri Attorney General Eric Schmitt filed the complaint on Tuesday, saying China's "actions to suppress information, arrest whistleblowers, and deny the contagious nature" of the coronavirus "led to loss of life and severe economic consequences" in the state. He also accused Beijing of not doing enough to contain the outbreak and alleged the country was hoarding personal protective equipment in an effort to capitalize on increased demand.

According to the suit, Missouri's unemployment rate is now the highest it's been in decades. The suit seeks to hold China accountable for the pandemic, as well as allow the state "to recoup billions of dollars" in economic damages.

But a Chinese spokesperson said there's no "factual and legal basis at all" for Missouri's claim. He maintained that the country responded to the virus in an "open, transparent, and responsible manner."