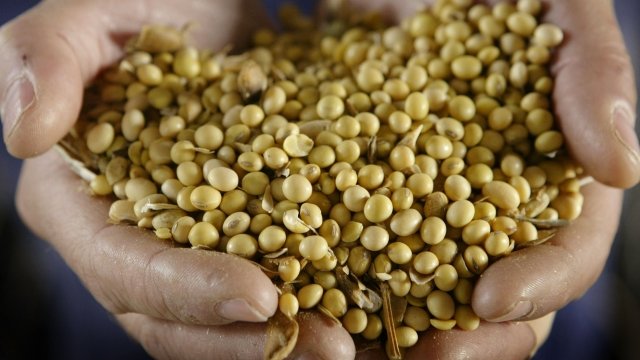 China is buying soybeans from the United States for the first time since the trade war began between the two countries.

According to the USDA, China has purchased more than 1 million metric tons of soybeans from the U.S. as of Friday. Although that's a promising sign, it's still not nearly enough to make up for the losses soybean farmers' have endured during the trade war. The USDA's deputy secretary said the U.S. soybean industry would usually be selling at least 30 times that amount to China in a typical year.

Until recently, China had taken in more than half of annual U.S. soybean exports. But The New York Times reports tariffs on U.S. soybeans have driven down sales to China by 94 percent since the same time last year.

President Donald Trump and Chinese President Xi Jinping agreed in early December to hold off on imposing more tariffs for 90 days will they try to negotiate a trade deal.