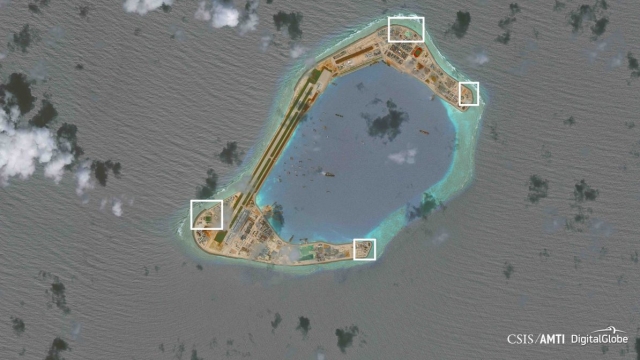 China has built military weapons on some contested islands in the South China Sea, according to a U.S. think tank.

This matters for two reasons: One, the islands are located along busy trade routes; two, the additions mean China could be preparing for conflict.

SEE MORE: China Has Big Plans For Space Exploration, And The US Is Nervous

AMTI said, "Among other things, they would be the last line of defense against cruise missiles launched by the United States or others against these soon-to-be-operational air bases."

The Spratly Islands consist of more than 100 small islands and reefs in the South China Sea. Taiwan, Vietnam, Malaysia and the Philippines have all claimed some of those islands, but the Chinese government says it owns the majority of the region.

If a conflict erupted in the South China Sea, it could affect the global economy. The Council on Foreign Relations estimates $5.3 trillion of trade passes through the area and that over $1 trillion of those goods are traded to or from the U.S.

The Chinese government denies claims that the construction is for military use.