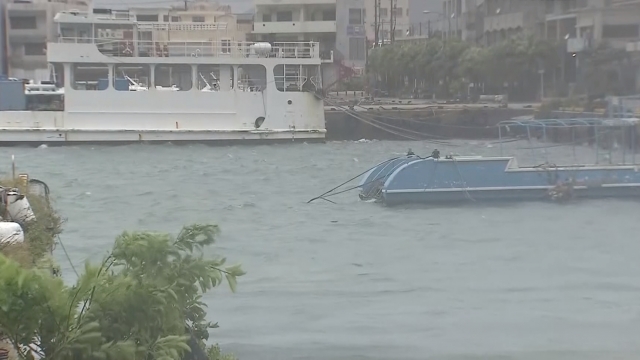 China has issued its highest warning as Typhoon Lekima moves toward the coast.

Authorities closed schools and businesses in Taipei, Taiwan's capital, on Friday ahead of the storm.

The storm system has already left over 14,000 homes without power on Japan's Okinawa Islands.