China Blue: China's Efforts To Save Face By Clearing Smog 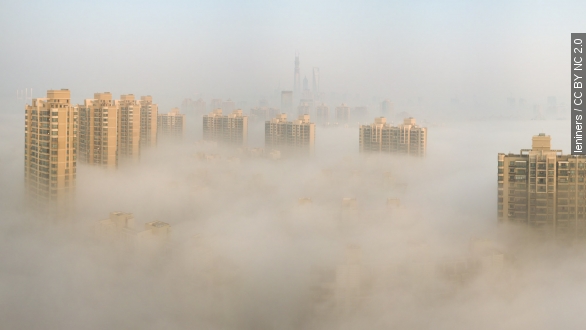 SMS
China Blue: China's Efforts To Save Face By Clearing Smog
By Jake Godin
By Jake Godin
May 9, 2015
China banned grills ahead of a bid on the 2022 Winter Olympics, just one of the many times its pushed for cleaner air ahead of international events.
SHOW TRANSCRIPT

The ban comes ahead of a vote on the location of the 2022 Winter Olympics, and what some are calling China’s effort to hit “Olympic Blue.” (Video via CCTV)

That’s blue, as in, you know, the sky — something which China’s larger cities in the north are seeing less and less of these days. (Video via Vimeo / Max Duncan)

Ideally, hitting Olympic Blue would bolster China’s bid to host the Winter Olympics, because the country wouldn’t have to worry about subjecting millions of visitors to air pollutants which at times can reach very unhealthy levels.

This isn’t the first time China has tried to clean up its skies in an apparent move to save face in front of the international community, either.

The Olympic Blue moniker is a reference to “APEC Blue,” which caught on last year as China strove to improve air quality conditions ahead of the Asia-Pacific Economic Cooperation meetings in November.

Outdoor grills were banned, cars were restricted to driving on certain days based on their license plates, factory production was limited and construction was halted. In the end, it worked and air pollutants dropped. (Video via Bloomberg, NTDTV)

But, it didn’t take long for the smog to return.

Similar measures were taken ahead of the 2008 Olympics, also held in Beijing. (Video via CCTV)

The hard pushes for cleaner air in the face of an international spotlight may paint China, at least when it comes to Beijing, as somewhat reluctant to permanently clean up its skies. But there are some nation-wide measures being put in place to curb overall air pollution.

In 2013, China issued an action plan on improving the country’s air quality by 2017 by scrapping polluting vehicles, promoting public transit and relying less on coal.

Greenpeace reported in April a modest improvement in air pollution data for some of China’s smoggiest cities, including Beijing. Still, the environmental group says the overall situation in China remains dire.

One of the speediest ways to get China to improve its air quality may be to simply host an international event there every few months.